In early 2012, painted gnomes started showing up at the bases of telephone poles in Oakland, California, our own town. Or maybe they were there earlier, but just hadn’t yet gotten noticed. Here at FairyRoom, we might joke that all the fairy dust we’re stirring up with this online magazine brought these mysterious urban gnomes to our town, but we really do know better.

Nevertheless, we truly have no idea who is behind them. No one has claimed responsibility. It’s not us, we swear. The gnomes are clustered on the eastern side of Lake Merritt, in the hilly neighborhood of Cleveland Heights. They are only about four or five inches tall, and to almost the last gnome, they face away from the street. I saw only one from my car, but there are dozens facing the sidewalks. On some streets, there is at least one gnome on every pole. On some poles they appear in pairs, on others the gnomes stand alone. And some gnomes stand alongside similarly painted mushrooms (for scale?). And they are all firmly attached with seriously tight screws.

The gnomes on the streets close to the lake’s edge are wearing pants. But as the streets angle up the hill, the gnomes on the telephone poles change their wardrobe to kilts. The gnomes of Oakland’s higher elevations are plainly Highlanders, a bit of dry humor we heartily appreciate. This little guy (pictured above) appears to be wearing either the Galbraith or Campbell Clan Tartan. I call him Angus.

Only a couple of other blogs have reported the gnomes. With thanks to Oakland blogger David Colburn for the photos (for more, see David’s gnome album on Google+). Said a commenter (with an obvious alias: Johnny Payphone) on David’s blog:

The gneighborhood is gnee deep in gnomes! Gnobody gnows where they come from. They are only found at the bases of telephone poles- and are solitary creatures, gnever gathering in groups. They hate low altitudes and heavy traffic. I suspect they are living off the energy in the telephone wires. They seem to be cultivating the mushrooms, possibly for gnoshing on. I’ve gnever found one outside of Cleveland Heights. I believe this population is descended from a shipment of gnomes bound for Fairyland in 1928 that escaped when the delivery truck tipped over.

Said one of Cleveland Heights’s residents of the gnomes: “I love them!” We do, too! 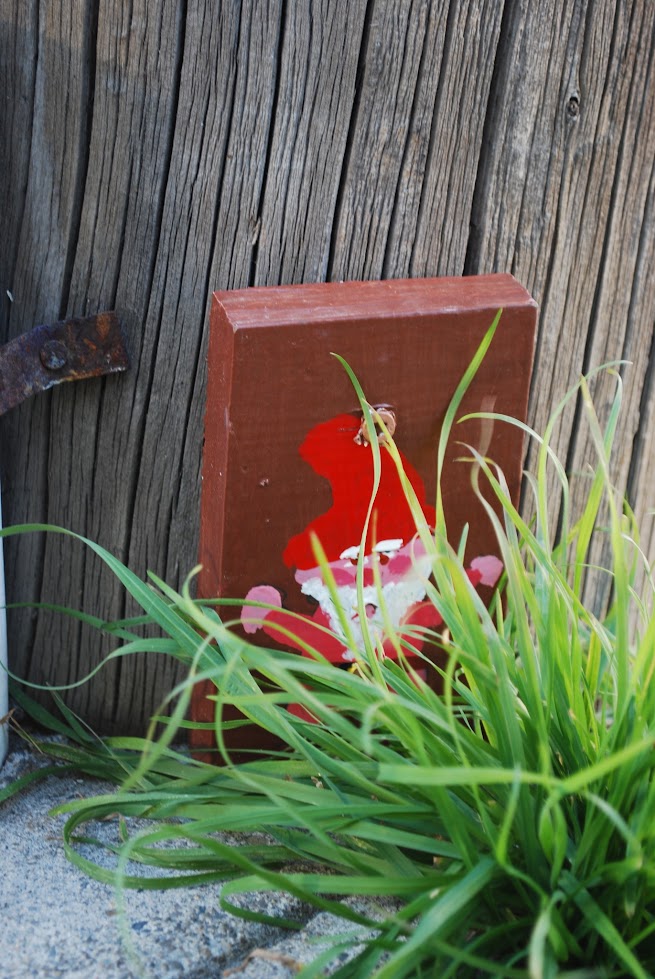 Update! Our beloved Oakland gnomes were in danger, but were granted asylum: read about it here.